(Founder of the Montfort Brothers of St.Gabriel) St.Louis Marie Grignion de Montfort was born on 31 st of January 1673 in a village in Britanny in the western France.The 17th C France was passing through a grave crisis of economic as well as social.Added to this 95% of the populaton was illiterate.The French Revolution which was come almost a century later.was already brewing.

It was in this atmosphere, Charged eith tension tat St.Louis de montfort founded the Brothers to impart education to an illiterate France. Not many were willing to follow this stern, austere and mavericksaint.When he died on the 28 th of April 1716, there were only five Brothers; Montfortain institutions were only a handful and limited to Western France, when the revolution broke out.There was anarchy until Napoleon Came to rescue France and conquered almost the whole of Europe. In 1821, when the brothers met, they were still only a handful and discouraged.Thet decided to launch out of France.

From 1918 to 1998, Montfortian institutions grew in india from one to nearly 150 and are now spread over almost all states and Union Territories, literally from Kashmir to Kanyakumari and from Mumbai to Mizoram.

Montfortian institutions are spread over trirty countries,from Canada, Columbia, Peru to Fiji and Tonga Ialands in the Pacific.

St.Louis de Montfort was an extremely versatile man.He was a Philosopher, writer, poet, mucian, artist, sculptor, choreographer, builder and social reformer.The Montfortian philosopy is, therefore, one of totality, globality and uniersality-terms which are very relevent in today's world which is in a state of flux. The Montfortian education system aims at "total education"- the evelopment of body, mind and spirit so that a Montfortian student can have "fullness" in life and be useful citizen to the country, a faithful and loving person to his family and friends and fulfilled, contented human being.

May we be imbued by the Montfortian spirit and become the successful Montfortians. 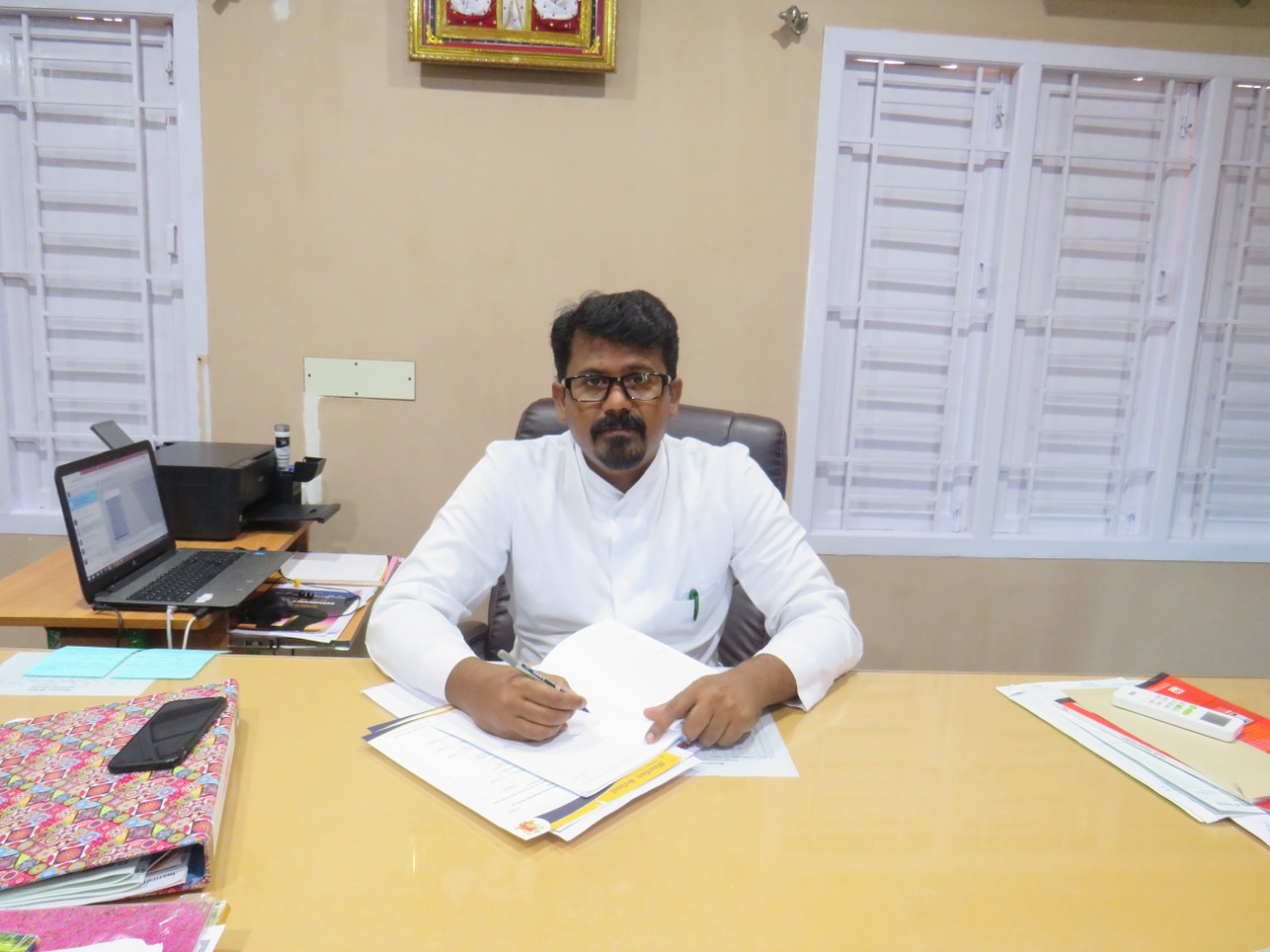 As Principal & Correspondent of Montfort School, it is my pleasure to welcome you to our school website. We thank you for taking the time to visit. We hope to provide you with some useful information. The purpose of this webpage is to provide parents, students, and teachers with easy access to a wealth of information about our Montfort school, programs, events, and activities.